The title of this post is meant in every sense. It is both a command and an indicator of what will follow.

For the last few years, I have been writing small Python functions and scripts to help in the analysis of data from the LEIA Project. This includes my metadata analyses as well as a number of scripts that synthesize and visualize data for the annual report submitted to the Consell Insular de Mallorca, the government body that issues archaeological permits. All of this code was stored in various Jupyter Notebooks. However, Jupyter Notebooks are not a perfect place to do reproducible research. Here is the workflow I was using:

While that isn’t a terrible way to go about things and can be done in Jupyter Notebooks if one is careful, steps 1-3 get repeated in slightly different ways in almost every notebook. Ideally, I want to avoid that repetition. I also wanted something that I could share easily with my colleagues and other researchers.

So I decided to start building a leiap package. That way, all I’d have to do was import leiap and I’d have access to all of the code I’d written before.

My first task was to separate my code into roughly-coherent modules in order to keep things organized. So far I have io.py, checks.py, fieldschool.py, mapping.py, progress.py, report.py, spatial.py, and time.py, all of which contain a series of functions that do the tasks which used to be housed in Jupyter Notebooks. The io.py module is especially important because its functions allow me to pull data from the database directly with ODBC connections, thus avoiding the .csv downloads.

After I had everything more or less organized, I didn’t really know what to do next. I found this Packaging Python Projects tutorial and the companion sampleproject GitHub repo very helpful for figuring out what __init__.py and setup.py files are and how they should be structured. The setup.py file in the sampleproject repo is especially well-commented and clear about what needs to be included and what is optional. I discovered both of those links as a result of this PyCon talk from Dustin Ingram. 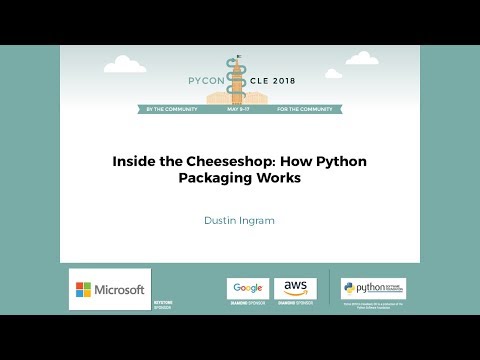 Putting it all together, I now have a directory that looks like this:

I can use the generic import statement to get access to all of the functions I wrote. For example, I can use the very clean

The final destination for most Python packages is probably the Python Package Index (PyPI). Once it is there, it can be installed easily by anyone with pip commands. To put it on PyPI, you need to generate distribution archives, which are the actual files that install the package.

From there, the package should work exactly as any other package you are used to like pandas or numpy. Common IDE features like help and tab-completion should work as expected.

So there you have it. Some hacked-together code that crudely imported .csv files and was scattered across various Jupyter Notebooks now exists as its very own Python package, ready to be shared and installed wherever it’s needed.

You May Also Enjoy

Just a short post to document some work I’ve been doing lately to help our LEIA Project team prepare for an upcoming conference presentation. Read more

Last week I had the privilege of taking part in Geohackweek, a week-long event from the UW eScience Institute that brings together people from academia and industry to learn about and practice the latest developments at the intersection of data science and geospatial analyses. Read more

Building a shareable dashboard with Bokeh and Binder

In the spring, I was experimenting with visualizing spatial information in Python and was having good success with the Bokeh package. Bokeh is great because it allows you to create interactive visualizations relatively quickly without needing to know JavaScript. Recent versions also handle GeoJSON data quite well which makes it easy to use with spatial vector data. Read more

Like a lot of Jupyter Notebook users, I’ve been switching over to JupyterLab over the last 8 months or so. While it is still a young project and some features will no doubt be improved (Find/Replace, anyone?), it has a lot going for it. Here, I just wanted to share a few of my favorite features. Read more